How Far Can You Drive On A Spare Tire?

Many vehicle drivers usually ask the question, ” how long can I drive on a spare tire?” They are usually skeptical about the reliability of spare tires. Since you cannot entirely rule out the possibility of a tire fault, spare tires would always be needed.

Spare tires are usually of three types; donut spare tires, full-sized spare tires, and run-flat spare tires. You need to know how long you can drive on each of these spare tires to avoid potential accidents and other road hazards.

How Long Can You Drive On A Donut Spare Tire?

Donut tires are different from other types of tires, and they have their peculiarities. Before diving into how long you should ideally drive on a donut spare tire, let us have a look at what a donut tire is.

What is a Donut Spare Tire?

A donut spare tire is a bit smaller in diameter than what you have on the wheels of your vehicle. They are usually very small compared to normal full-sized tires. They are the spare tires that come with the new cars of today. They are also called space-saver tires.

The Introduction of Donut Tires

You May Like  Heated Seat Repair Cost [DIY & Insurance Coverage]

Why Are Car Manufacturers Now Using Donuts As Spare Tires?

In a bid to save money and space at the trunk of cars, donut tires have become the best option.

As opposed to full-sized tires that gulp deep space at the car trunk, donuts are very small and compact. Also, donuts do not cost much to manufacture, and the small bit of weight loss occasioned by donuts means better fuel economy.

If you have a doughnut as a spare tire, you should have in mind that you can only drive on it for an average of not more than 60 miles. Donut tires are put in your car, not as a mainstay but to serve you for a very short time in the event of damage to your main tires.

Car Manufacturers know that you would most likely find a vulcanizer to fix your spoilt tire before travelling 60 miles, of course, 60 miles is even too much of an allowance.

There may also be added restrictions when it comes to particular donut tires. This information usually appears on the tire. So, you do yourself a whole lot of good to read and follow any instruction(s) therein.

Also, because of the technical peculiarities of the use of donut tires, it is important to take your vehicle to a service centre after using it. This is important to remove the donut and safely install your main full-sized tire(s) to drive around safely.

Why Are Donuts Not Good For A Prolonged Period?

It is very important to note that you should not use a donut for a prolonged period; it is dangerous. Donut tires have little to no thread when compared to normal full-sized ones.

This is the more justification why you should ideally not drive on it for more than 60 miles. Donut tires are very susceptible to road hazards and projectiles like tire-damaging agents. More so, donuts spin faster than normal full-sized tires to keep the pace of a moving car.

How Long Can You Drive On A Spare Run-Flat Tire?

Run-flat tires are different from other types of tires, and they have their peculiarities. Before diving into how long you should ideally drive on a run-flat spare tire, let us have a look at what a run-flat tire is.

You May Like  How To Get Rid Of Ants In Car? [From Carpet, Upholstery, And Door Frame]

What Are Run-Flat Tires?

If you drive a very recent model of Toyota or Lexus car, you are most likely to have a run-flat-tire. However, most run-flat tires are not designed to last forever as full-sized spare tires.

Run Flat tires as spare tires can go as far as endless if they are not punctured.

On the other hand, run-flat tires are built to withstand hazards that you come across on roads. Run-flat tires can particularly withstand punctures from nails and other sharp objects on the roads. So, if your run-flat tire gets punctured, instead of it going flat, it can still go as far as about 50 miles before going flat.

You should take note though that these tires cost more to replace than traditional full-sized tires.

Though run-flat tires are more suitable while travelling long distances, it is still important to inspect your tire as soon as you are aware of any change in tire pressure. This gives you an idea of how long you have until you have to have your tire replaced.

How Long Can You Drive On A Full-Sized Spare Tire?

The answer to this question is as straightforward as ever! There is no limit to how long you can drive on a full-sized spare tire. Since the tire is just another mainstay tire that is a spare, it can work perfectly unless it is punctured.

You know that we had mentioned earlier that cars were built with spare tire wells capable of carrying a full-size spare, until now that we have run-flat and donut share tires.

These tires are just a temporary fix to get you to a car service centre. Unlike these tires though, full-sized spare tires are more durable and you can drive on them just like a regular tire.

You May Like  How to Get Rid of Roaches in Your Car?

Important Take Home Points For You

The distance you can drive on your spare tire would depend on your particular type of spare tire.

If you use a donut as a spare tire, do not go more than 60 miles before fixing and installing a mainstay full-sized tire.

If you use a run-flat, spare tire and it gets punctured, do not go more than 50 miles before changing it. If you use a full-size spare tire, you can use it as a regular tire till you change into a mainstay tire.

Let us give brief answers to frequently asked questions on how long spare tires can take you while driving.

What happens if you drive on a spare tire for too long?

You should know that spare tires are not in any way made for permanent use. So, using spare tires, especially donut ones for long-range uses would be dangerous. In the long run, a donut spare tire would blow out and can cause accidents.

So, you should be careful to replace your spare tire(s) as soon as possible to avert any negative(s).

Why can you only go 60 miles or less on a spare tire?

While speeding up with your car, it transmits engine power to the wheels from the transmission, but it also allows all your wheels to turn at different speeds.

This technique makes it possible for vehicle cornering movements and others. For this technique, it is advised you keep your speed at 60 miles and below on a spare tire.

As it is, most spare tires do not have enough thread to withstand such cornering and engine power transmission. So, a high speed Is not advised.

What is the major difference between a donut and other types of spare tires?

The threading and the diameter size of a donut is the major difference separating it from other spare tire types. Donuts have way less threading than other tires, and they are way smaller in diameter than other types of spare tires.

Can I Reuse a spare tire?

Yes, you can use a spare tire more than once. All you just have to do is to check the tire information well and check the tread wear indicators for usage instructions. Importantly, if you are reusing a spare tire, always make sure to keep it properly inflated to avoid any complication(s).

Is it safe to use a donut spare tire as a front tire?

No. It is not safe to use a donut tire as a front tire. You should ideally use a donut tire at the rear of your car wheels. Especially when driving long distances, do not use donuts as front tires; it would lead to steering and wheel imbalances while driving.

How often should you replace a spare tire?

Even if you have never used your spare tire, you should ideally replace it after 7 and a half years. After this period, most expire, and an expired spare tire is not road-worthy.

How Much Do Spare Tires Cost? 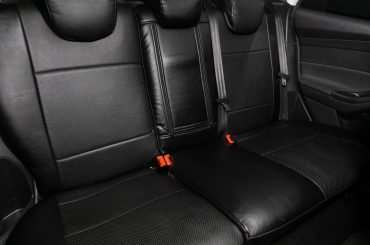