How Much Does It Cost To Install An Auxiliary Port In A Car?

Tired of hearing the same songs every day on your car’s radio? Have a collection of CDs or (gasp) cassette tapes that you have to carry around on every drive? Are you wishing you could plug the iPod or phone into the stereo?

If this sounds like you, your car must not have an AUX Port. These days, cars come with Bluetooth, CD players, and AUX ports, to let the driver take all the music in the world on the road with them. Unfortunately, older cars and base model vehicles don’t come with all those bells and whistles.

But good news – you can usually add an AUX port to your vehicle to enable streaming music directly from your phone to the car! Most AUX port solutions cost between $30 for a Do-It-Yourself install and low-end AUX adapters, while premium music listening is achieved for about $200 with a professional install and wired AUX options – far cheaper than upgrading to a vehicle with all the bells and whistles! 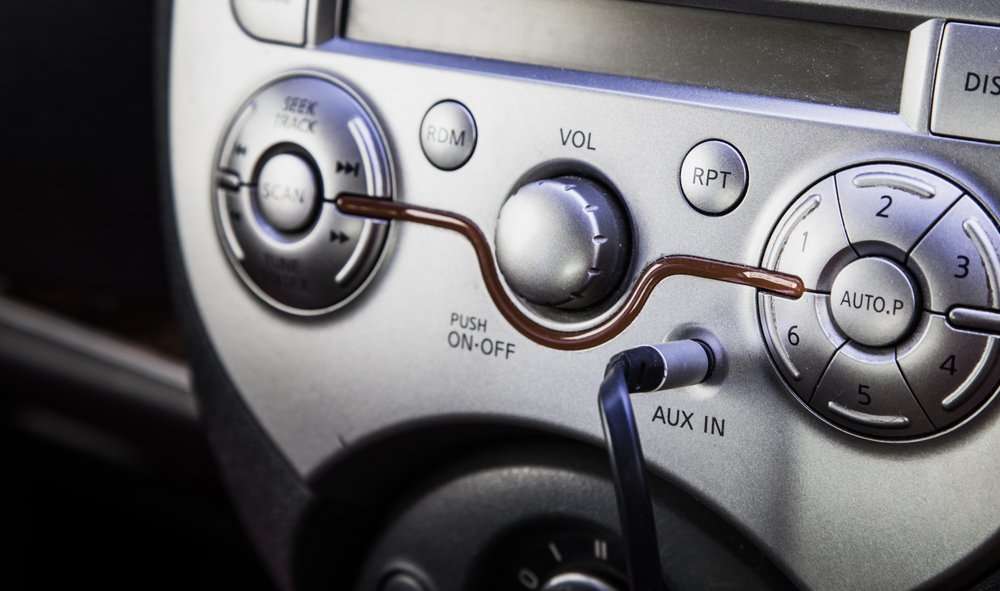 What Is An Aux Port and How Does It Work?

An auxiliary port (AUX) is an additional audio input method used in cars, radios, and even as the headphone jack in most cellphones these days. You may also know an aux port as an auxiliary jack or auxiliary input.

An AUX cord receives peripheral sound sources via the electrical circuit created between the aux cord (which provides the electricity) and the aux port (which plugs into the phone, mp3 player, or music device). There’s quite a bit of science and physicals involved with how aux systems work, but for the most part, they always rely on electricity and a magnet to produce sound through a car’s radio speakers.

What Are the Benefits of Installing An Aux Port?

The main benefit of adding an AUX port to any vehicle is the ability to bring your favorite music with you anywhere without toting around dozens of CDs or mixtapes.

The AUX port is beneficial for older cars that still use outdated music methods like a CD slot because it allows you to use an iPod or smartphone to stream any music, podcast, or e-book you want while driving.

Are There Disadvantages To Installing An AUX Port?

Like any technology, there are some disadvantages to using an AUX port for audio in the car. When you port your smartphone or MP3 into an AUX to transmit music, understand that your music device must do all of the processing and production of the music for you. Thus, AUX cords and their port put a strain on the music device. Additionally, AUX cords break down with constant use.

They can also produce static or background noise while music is transmitting, which is more prevalent with worn-down cords that are loose in the port. The feedback and transmission nature of the AUX cord and port system is part of why AUX systems can never produce as good of sound as a Bluetooth or built-in CD system of the car.

What Year of Cars Have Aux Ports?

Fun fact: the car radio did not exist until 1953 when Harman Becker introduced the tune-worthy invention. As technology advanced, the cassette tape joined the FM radio before becoming an antique with the dawning of the CD era.

But the AUX ports did not come about until the 2000s with the introduction of MP3 players and iPods. As MP3s and iPods took the world by storm, CDs became the second-class choice for portable music.

In general, it was not until 2010-2011 that the AUX port became a standard in cars. Any vehicle older than 2011 likely will have a CD or tape player, but not an AUX audio extension. This rule is not hard and fast though, if a car has had the dashboard rebuilt or a new radio installed, it may now have an AUX port.

When selecting an Aux port installation method, you have three main options: adding the aux port to your radio, purchasing an accessory adaptor to function as an AUX port, or installing new radio with an AUX port built-in.

Be sure to keep in mind that modifying a car’s radio from its factory condition poses a risk for damage to the car’s dash and radio, leading to higher repair and installation costs by a professional in the future. You should consider working with a professional for any radio modifications involving wiring and modifying an existing unit.

In the case of European modeled cars like Mercedes, Audi, and BMW, your AUX modification will reside in the Media Oriented Systems Transport (or MOST). The MOST fiber optic system controls and receives audio signals between the radio, Bluetooth, and music device modules.

External AUX adapters are the most economical method to adding an AUX port system to a car, but they are also the most unreliable. These systems connect through a car’s tape or CD port using a plug-in adapter shaped like a mixtape or CD, respectively.

Because they do not alter the car’s radio for direct AUX access and are instead a secondary extension to the car radio, the sound quality, clarity, and volume suffer. However, these systems generally require no professional installation and are found under $50 online and in stores.

FM modulators are also known as RF connections. They transmit a phone or music player’s signal into your radio using an FM receiver of the radio. It requires designating a specific radio station as the broadcast station for the transmission.

However, these models are generally only used when wired connections are not available, as the sound quality may reduce depending on your car’s FM receiver. They tend to cost under $100 for most models.

A new radio is generally the most expensive modification for AUX installation, but it produces the best sound quality and more options to improve the car’s overall audio experience. Consider the other benefits a new stereo may provide:

AUX ports are a staple to most modern stereo upgrades and replacements.

You can choose to add a more expensive radio to your car that comes with Bluetooth and a touchscreen. There are times when an AUcordrd becomes damaged, or the port in a phone wears down – when that happens, you can always use Bluetooth to stream music or take calls.

Newer radios often come with a USB port adapter that allows phones and other electronics to charge via the connection.

You can splurge on a new car stereo that comes with built-in GPS and map screens, making driving and navigating easier.

The cost of installing a new stereo varies based on the enhancements you want in a radio. A basic upgrade including an AUX port and CD player can run around $200, but a radio with all the perks mentioned above can run around $1,000.

Can I Install An Aux Port Myself?

Why Is An Aux Port Install Should Be Done By Professional

Unless you have an extensive mechanical working knowledge of a car’s electrical circuitry, attempting to make changes to your vehicle’s stereo system is dangerous to yourself and your vehicle. One misplaced wire can cause electrical shocks, damage to the car itself, and even start a fire in the car’s interior.

Additionally, attempting to DIY install a new radio may be a job you can do yourself, but you risk damaging the car’s dashboard and aesthetic. An improperly sized stereo can ruin the car’s appeal and cause extra wear and tear on the vehicle’s dashboard. A professional will replace a car’s stereo so precisely it will look like it has always belonged there.

Not having your favorite music at your fingertips is a serious downer on a summer road trip or vacation trip. Adding an AUX port to your vehicle can let you have all the musical fun you want on the road.

If you’re looking to find the best AUX upgrade for your situation, consider the budget you have against your needs. If you just need a way to stream music, an FM modulator may be the cheapest, easiest choice for your vehicle.

If you want to create an amazing-quality sound experience and add some GPS into the car, a new stereo may be right for you. Weigh your options, and you’ll be sure to find the best AUX solution for your car’s audio. 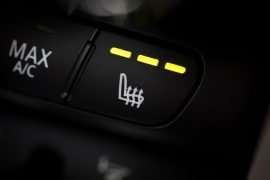 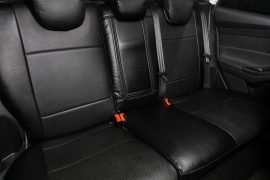 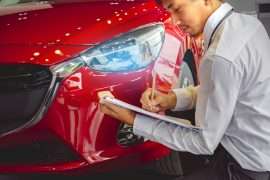 Will Car Pass Inspection With Airbag Light On [All States]