I found this booster seat to be rather disappointing. It had some of the same features as most of the other highback booster seats and nothing stood out to me. I did like the fact that I could remove the cover and machine wash it.

The booster is slim enough to fit three across the back seat of a vehicle and has a cupholder that can be placed on either side of it. Unfortunately, the weight limits of this booster and harness are unrealistic for the average built child. When the child has outgrown the highback, you’ll have to purchase another booster.

I really wanted to like this booster because it was so affordable, but I honestly don’t. It seemed very uncomfortable and the belt guides seem to cause retraction issues in certain vehicles.

I don’t recommend this booster for long-term use. This is a product you buy in a pinch when there’s nothing else available. It doesn’t really stand out from the other boosters and it has unrealistic standards.

In this guide, we will look at the top features, specs, pros, and cons. Finally, we will compare it to 3 other car seats in the same category. 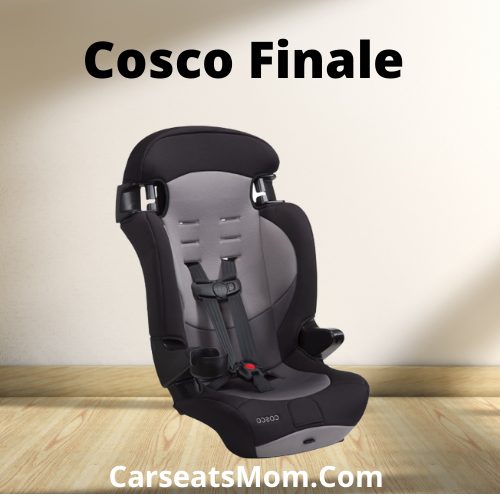 When in booster mode without the back, it can accommodate a child up to 100 pounds and 52 inches. This should last until your child is 10 or 11-years old if they are of average weight and height. 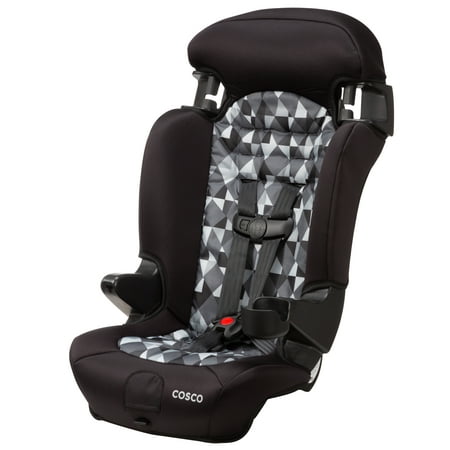 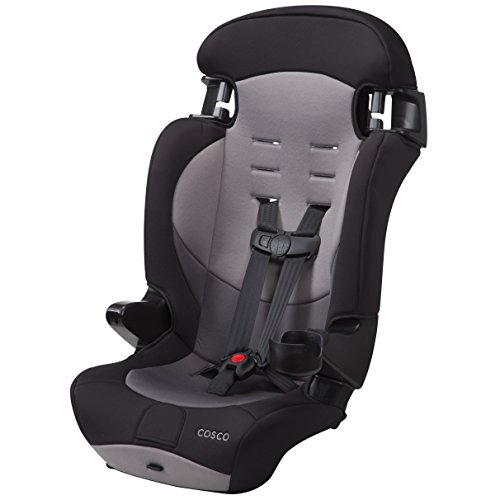 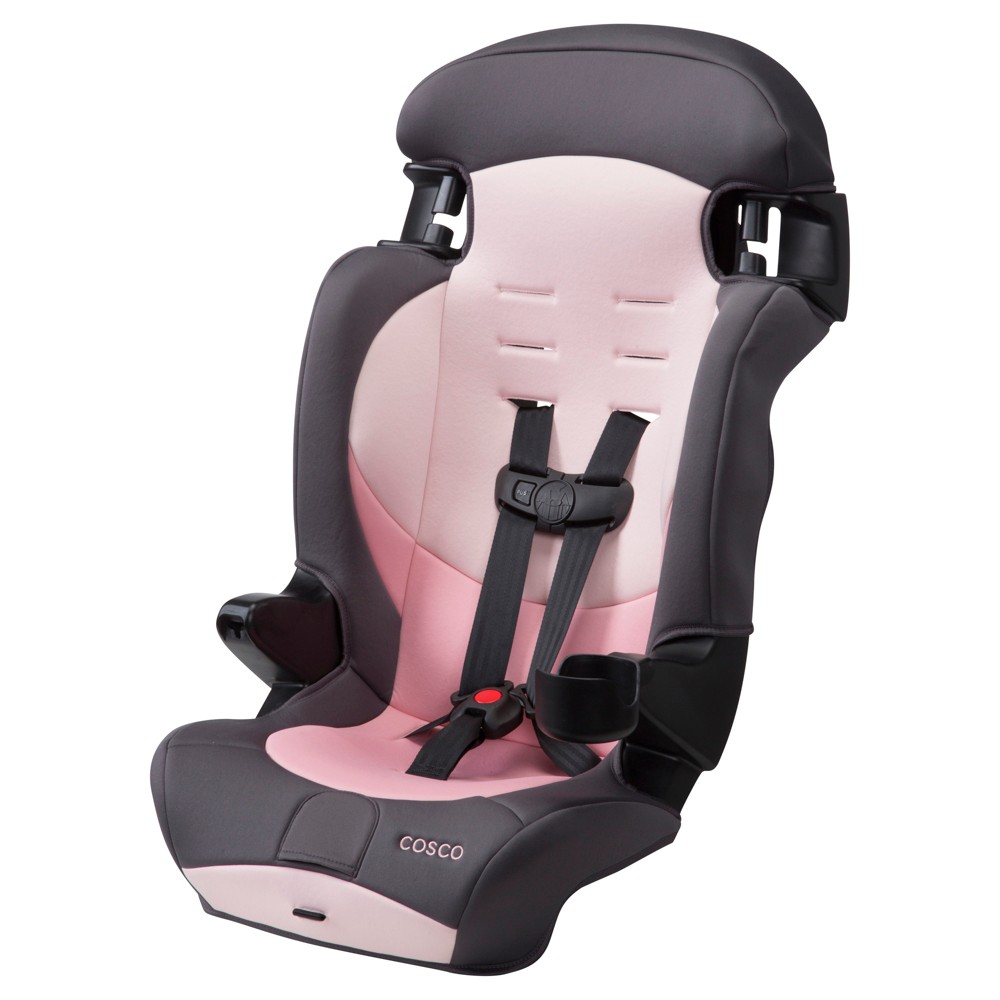 The seat is not too complicated to install and is relatively easy to use. Its height capacity may not rank as the highest in the market but it is reasonably tall for its price tag. The deluxe fabric of the seat gives your kids a comfy ride.

Furthermore, the Cosco Finale is lightweight and easy to move from car to car which is suitable for your travels. It can conveniently fit 3 across in the back seat of most vehicles. This gives it an edge for growing families with several kids in the car all at once.

The Cosco Finale and the Graco are two remarkable car seats that can work for you depending on your needs. The two are different in so many ways so let’s check out some of those.

Firstly, when it comes to weight, the Graco is a bit heavier than the Cosco finale. The Graco weighs about 12.5lbs, while the other weighs 8lbs. The Cosco can be regarded as the lightest car seat in its class. You can take it along without breaking a sweat.

Something they both share in common is that they bot need a top tether for installation. This may not be available in every country it is being used. This alone creates doubt in the mind of its intended user.

The harness height of the Graco is at 18”, while the Cosco has a maximum of 17″. This would make the Cosco about the shortest in its class, as even convertible car seats override this feature. Several kids would outgrow the harness mode at age 5-6, even if they aren’t yet ready.

The Cosco Finale has great padding but it is not as great as the Graco. The Graco is developed with a pillow for extra padding. Your kids can comfortably relax in their seaters while you drive and they wouldn’t feel the slightest discomfort.

However, when it comes to pricing the Cosco is unrivaled. The Graco is quite cheap for an average family but the Cosco beats it down with a few dollars. Though I can be specific on the actual price I can say you have a pocket-friendly seater with the Cosco Finale.

The Cosco Finale is a relatively new seat that provides some generous height and weight limits. The 5-point harness can be used up to 65 pounds. But, on the other hand, Evenflo Maestro can only harness your child up to 50pounds. This makes the Evenflo quite a low, but on a good side, it can work for lighter kids.

The Evenflo sizes at 19 inches wide which is slightly more than the Cosco that is 17 inches wide. The difference may not seem so significant ordinarily but there is a catch.

That extra each would count when you have to fit more than one car seat into your car. Your kids might not have that much space between them as you would have with the Cosco Finale.

Another significant difference occurs at the headrest, the Evenflo Maestro has a headrest pillow. Though there is no installation setting in the model’s manual, this is still a tipping edge when it comes to comfort. However, the Cosco Finale is made of a deluxe fabric for this purpose, but the option of a pillow still wins.

Finally, apart from the price disparity, where Cosco Finale takes the lead they are both alike in terms of mobility. They are equally lightweight car seats that can be widely used in several situations. They could both function outside the confines of the car. They can easily double as a stroller and a carrier and even be used on an aircraft.

The Evenflo Chase is developed with an energy-absorbing foam liner. This foam helps to keep your kids safe from impact in the event of a crash. The foam liner also keeps you confident when driving with your little one, be it day or night.

The two-car seats may be different models but share a lot of similarities like the Evenflo Maestro. If you are thinking of getting either of them you wouldn’t be on a losing side as they are both remarkable.

The Cosco Finale DX and Cosco Finale are two almost identical car seat models. However, let’s compare them in case you have to choose between them.

To start with, a close look would help us realize the similarity between their car seat. Also, the models come with just standard safety features. This standard exceeds the Federal safety standard, making it safe for your child to use.

The Cosco Finale DX and Cosco Finale both come with a slim design that allows them to fit three across in most vehicles.

Now, let’s compare Cosco Finale DX with Cosco Finale fabric. The prominent difference between these seats is on the padding. The DX model is plushier and more comfortable compared to the original seat though the features remain the same.

Cosco Finale is the model that comes with just a standard fabric. It’s that model you should consider if you have a more limited budget or simply not interested in a more deluxe fabric.

The Cosco Finale 2-in-1 Car Seat is a quality, forward-facing, the lightweight car seat that is also budget-friendly.  It is reasonably sized at 17″ combined with the 65 lbs. the weight limit on the harness. This is sufficient to get many kids to the size to safely transition to a booster.

However, you shouldn’t expect them to use this seat for a very long time in the booster mode. They would quickly outgrow this one and require another one as soon as possible. The Cosco Finale is FAA-approved, meaning it is not limited to car use alone but also on aircraft. You should give this seat a chance. You may be interested in Cosco MightyFit 65 Review 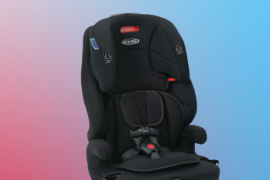 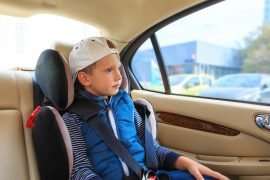 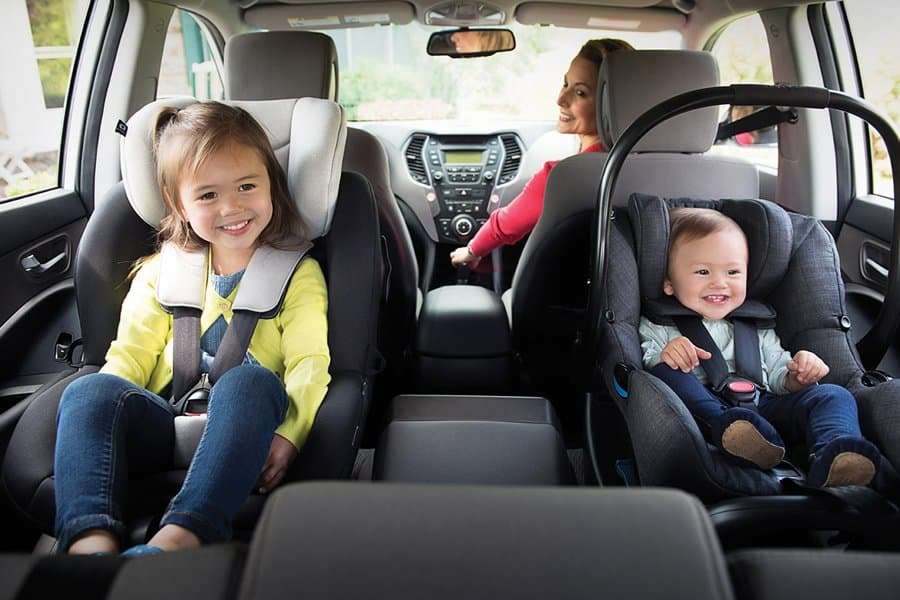