A good quality car seat is expensive. An average car seat can cost up to $300. So, getting a car seat from a high end manufacturer for less than that probably seems impossible, but this is what Britax is trying to do with the Emblem. 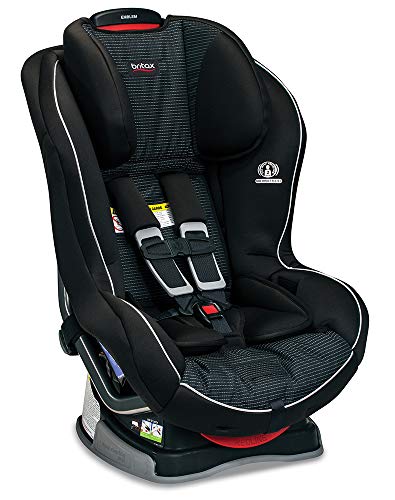 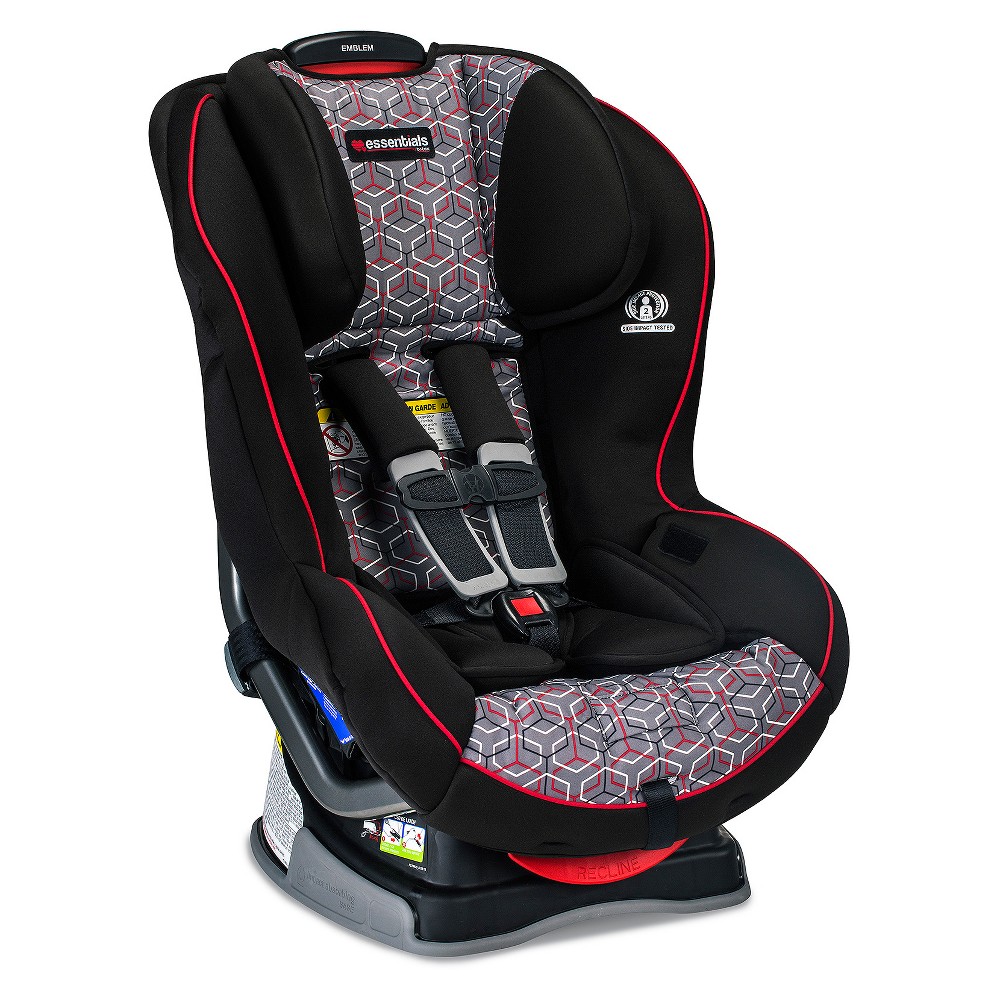 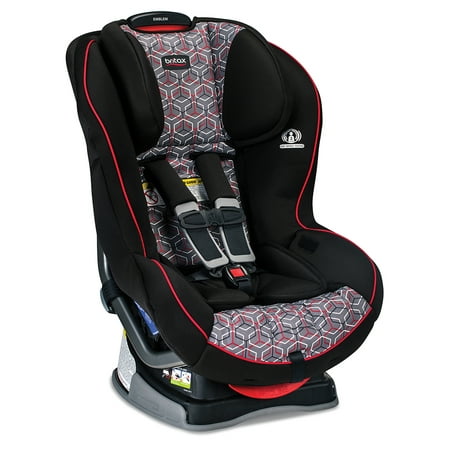 The Britax Emblem is a convertible car seat for children to enjoy until they are ready for a booster. You can use the seat rear-facing from 5 to 40 pounds and forward-facing from 20 to 65 pounds. However, it is always safest to keep your child in a rear-facing car seat as long as possible.

I had some doubts about the Britax Emblem when I first started reviewing it because of its low price, but it impressed me with its high safety ratings. Now, after some experience with it, I am surprised by how well it works.

So, let’s describe this seat and its features. Then, let’s compare it to some similarly priced seats before deciding how well it did.

The seat comes in a selection of a few different patterns with mixes of black, gray, and white colors. I found it to be an attractive subtle seat, if not a favorite design for my daughters.

The Britax Emblem is pretty lightweight and won’t cramp your seat too bad. However, you may not be able to get 3 in a backseat in smaller cars.

I think Britax made the Emblem to provide a good weight range for infants in the rear-facing position up till your child is ready for a booster seat. Here is the seat’s capacity.

It has push-button latch connectors and built-in lock-offs. This means installation with the latch system is as easy as pushing to click and pull tight. With the seatbelt locking clip built-in, the shoulder belt doesn’t require installing anything extra.

I found this nice, though tightening the latch tethers required a bit of muscle work to get it snug. Otherwise, I had no trouble.

Safety performance is where the Britax Emblem really shines, even more so than some of the more expensive products manufactured by Britax. The Britax Emblem exceeds all federal standards of safety as well as providing several extra safety features.

Extra safety features include dual-layer side impact protection, compressing base cells, an energy-absorbing headrest, and a deep protective shell. These safety features are impressive and will keep your child far safer than even the most expensive models.

I found the seat seems like it can take a good beating or worse from a toddler. For the price, I would expect the car seat to have a six-year or below expiration.

However, the Britax Emblem is pretty typical in lifespan with a 7 year lifetime, and it is unlikely to break down before then. The seat is designed to hold up well as it comes with a steel frame. Also, it has the high-quality stitch work and general craftsmanship Britax is known for.

The Britax Emblem has a cover that can be removed without removing the harness, which is really convenient. Unfortunately, though, it needs to be hand washed rather than machine washed.

Still, this is preferable to spot cleaning since I know that the smell of juice and milk never seems to come out without removing the cover and washing it.

The Britax Emblem 3 Stage Convertible Car Seat is covered for defects in material or workmanship for one year from the date of purchase. Proof of purchase must be provided, and the production registration must be mailed within thirty days of purchase.

The Britax Emblem is a very affordable car seat, but that doesn’t stop it from having some great features. This car seat has all the necessary features to keep your baby safe and several features that will help out parents and keep your baby comfortable in the car. These features are listed below.

The Britax Emblem 2-layer side impact protection will protect your little one’s head and neck. This is an essential feature since side crashes are particularly dangerous.

The seat also has SafeCell Impact Protection. This protection consists of four important protections. It has a base that absorbs crash energy and counteracts forward movement.

The build quality in both the frame and stitching are designed to protect your child during a wreck. It includes a steel frame that provides strength to the seat and reduces forward flex. In addition, the seat has a tether to prevent rotating, rows of stitches that rip apart one at a time in a crash, and harness pads that absorb energy and lowers your child’s forward movement in a crash.

The Britax Emblem is part of Britax’s value line, but it is still has a number of advantages that make it a worthwhile purchase.

The most significant advantage this seat has is its safety. The Emblem meets and exceeds all federal standards with performance even greater than some of Britax’s own more expensive seats.

It has dual-layer side impact protection. This is better than most safety seats on the market, which lack special side protection at all. However, even more surprising, it exceeds even some of Britax’s own seats, which have only single-layer protection.

Lastly the seat includes a removable body pillow for newborns. This is a nice addition. Convertible Car Seats can seem so large for newborns, and this feature seems to help make the seat more comfortable for a newborn.

This is a good car seat, especially considering the reasonable price. However, it does have a few disadvantages.

I would really prefer the cover to be machine washable. I think machine washing the cover would get it cleaner. Also, it would be far more convenient.

The car seat would also be more comfortable for younger babies if it had a couple more reclining positions. This would help infants sleep and make it easier to keep them safe when its rear facing.

The Britax Emblem is not alone in its price range, but it is one of very few that provides high-quality protection well beyond the federal minimum as well as some extra features. A similar product with a low price includes the Graco Contender 65 Convertible Car Seat.

This car seat is also from a respected brand and holds many of the same advantages. Let’s see how they look side by side.

You have now heard a lot about the Britax Emblem. Lets see how we rate it.

The Britax Emblem 3 Stage Convertible Car Seat is a good product at a reasonable price. It does not have a lot of the extras a more expensive car seat would provide, but I would recommend it for parents on a budget. However, if you would like extra features like reclining or cupholders more expensive options from Britax will have you covered.